Tenderfoot was a tv Western series I watched avidly in the late 1950s. Tom Brewster was an innocent abroad in the Wild West of the 1870s, Hollywood’s version of it, the foundation myth established by John Ford. A self-taught law student, he combined ingenuousness and resourcefulness with guileless charm and a principled sense of right and wrong. In thirty minutes he confronted an injustice, righted it, and moved on. I liked Tom Brewster. And I had, I realise now, a schoolboy crush on Will Hutchins, who played him. 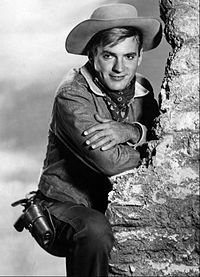 Rawtenstall has the last of the many temperance bars that thrived in Lancashire around Tom Brewster’s time. The Temperance movement was launched in Preston in 1833. Members ‘signed the pledge’, were marked as ‘T (for temperance) Total’. Hence ‘Teetotal’. It was a response to the problems of drink, and the success of Methodism in Lancashire.
The Fitzpatricks were herbalists in Ireland who brought over their recipes for cordials, and soon had 24 temperance hotels and bars in Lancashire. They still make cordials, but Rawtenstall has the last bar.

No, says the friendly if bemused girl behind the bar, no one has ever asked for sarsaparilla and cherry. But she’s soon experimenting with mixes from the optics behind the bar, and comes up with a three to one combination.

It’s a lovely place. With its dark wood, row of colourful optics, bottles of cordials, shelves of spices, copper water boiler rescued from the Astoria ballroom, it’s a cross between a bar and an apothecary.

And it has excellent food – including a ‘high tea’ that would feed an army! – elaborate desserts, and friendly staff. A gem to be treasured.

As I’m eating my delicious hotpot, sipping my drink, I’m coming up with advertising campaigns – “Sarsaparilla, with a dash of cherry – the drink of cowboys!” Tasting evenings of endless mixes of cordials – cordial cocktails! – colour combinations, vast quantities drunk, and everyone drives home safely.

On reflection, delicious as it is, the drink needs less cherry – Tom was right with his ‘a dash’. I’ll be back soon, to try another mix. It may take a few visits, to get it right.
Meanwhile, if you’re in East Lancashire, on the edge of the Moors, head for Rawtenstall, and Fitzpatricks. Tell them Tom Brewster sent you.